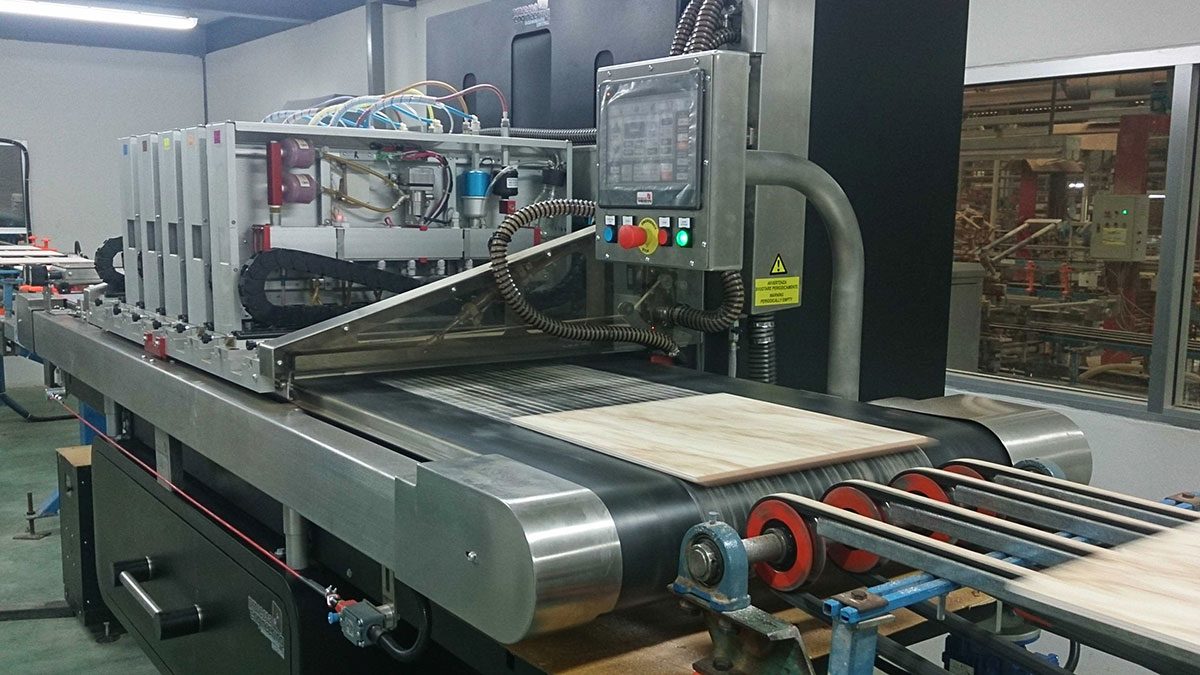 It is used as a lubricant of the raw materials and slurries (glue from highly ground materials). It also prevents baking products from cracking.

In addition, to the mentioned uses, it saves energy in eliminating the water present in raw materials and then boosts the productivity.

The role of such materials in the composition of the body is to create and increase the strength of raw materials in ceramic, so that the strength of these materials during the processes of production, displacement, and machining of the lines is increased and they are not broken. By using binders, due to increased strength, waste matter is reduced which results in lower costs and facilitates production. Such materials are used in the bodies which lack natural plasticizers and also in powders which require raw binds to increase their strength.

The materials which are used as binders not only should increase the body strength properties, but also should have other properties.

For example, they should be non-abrasive and should not leave ash after baking and burn out and leave the body at the lowest possible temperature. Such materials should also not stick to the mold and should not absorb the ambient moisture. Binder materials should be able to easily change into solution or emulsion to be used in the composition of the body slurry. In terms of cost, they should not increase the final product price too much.

Sodium Silicate is one of the most commonly used materials in tile and ceramic industry. The weight ratio required to use the binder varies according to production conditions and body type, but usually this amount should not exceed 5 % by weight.

These materials should be added to the composition or the process in different stages of production such as body preparation, shaping, processes like pressing and extruding systems, etc., enamel processes like Bell, Wella, Spray, etc., various decoration procedures like floral print, rotary, rollover, etc., to improve the conditions of rheology of the slurry and help the processes of decor connection to the body, the slurry defluxion, the uniform distribution of the materials throughout the product, the lubrication of the compositions, the acceleration of the production process, the production process of injection molding, etc., and finally to increase the quality of the products.

In the white-baked bodies, polyacilates with sodium silicate are used to improve the slurry casting properties. For the best ratio, the casting conditions should be taken into account. By adding polyacilate, the product impurity is lessened after casting and, then, the final product properties are improved.

The role of binder in the formation of ceramics, which are usually long-chain polymers, provides the strength of the raw body by forming and bonding the particles. In some forming techniques, such as injection molding, these materials provide the required plasticity for feeding the materials to help the shaping process. A large portion of organic compounds can be used as binders. some of these compounds are dissolved in water and some in organic liquids. The formulas of some monomers made artificially are shown in the following figure, which includes vinyls, acrylics and ethylene oxides (glycols). Vinyls have a linear chain that connects to the adjacent group via C atoms. The structure of acrylics is similar, but one or two adjacent groups also attach to the C atoms.

Cellulose derivatives are natural binders. Their polymer molecules consist of a circular monomer that has a modified α-glucose structure7-7. Changes in the polymer are made in the form of changes in the lateral R groups. The replacement is first done in the site C-5, then in C-2 and finally in C-3.

The formulas of R groups in one of the common derivatives are as follows.

The binder selection for a shaping process involves a lot of considerations:

Binder, like other additives, is used to shape the raw body and is usually completely removed from the body before sintering. Due to the fact that the binder viscosity is considerably higher than other additives, its properties are very important during burning.

Generally, high molecular weight increases the binder strength. The transition temperature to the Tg polymer glass (the temperature at which the polymer is converted from rubber to glass) should not be higher than the room temperature, since it should allow the body to be shaped. The reduction of Tg is essentially a reduction in the resistance to polymeric chains, and these conditions can be achieved by using polymers with more lateral and flexible chains, and with lower polarity and lower molecular weight.

Although the most popular way to reduce the intermolecular bond between the chains is to use a plasticizer, if the dispersant is used in the shaping process, then the binder must be compatible with the plasticizer. In general, the binder should not lead to the displacement of the dispersants from the particle surface. For oxides, this usually means that a binder must have a lower polarity than the dispersant.

The effect of solvent rheology is a very important issue. Organic glues increase the viscosity and the fluid flow change. In some cases, the liquid may become a gel. In casting techniques (such as strip casting) the increase in adhesive viscosity should not lead to a rapid increase in the viscosity of the system, as this will reduce the amount of powder for proper viscosity. On the other hand, a sudden increase in viscosity is usually expected in extrusion to achieve high raw strength with a low amount of adhesive. Adhesives are usually classified into low, medium and high viscosity groups based on the effect they have on the solvent viscosity. The binder type greatly depends on the structure of the polymer chain. Polymer molecules in the solution have a spiral shape. Smaller spirals have less effect on the viscosity and, to a lesser extent, increase viscosity. Linear chains with good flexibility, in which bonds tend to spin easily, such as vinyl, acrylic and polyethylene oxide adhesives, produce smaller spirals and lower viscosity than chains with circular molecules or rigid side chains (such as some cellulosic adhesives).

In many ways of shaping (excluding the injection molding method) the binder is often added to a solution. So, its solubility rate in a liquid is an important factor. The main part of the molecule consists of carbon, oxygen, and nitrogen atoms, which are linked together as covalent. If the binder and solvent agent groups are the same, or have the same molecular polarity, the solubility of the binder in the solvent increases. Sodium silicate is a non-mineral adhesive that is used remarkably in the shaping of some traditional ceramics because their properties are not affected by the remaining sodium and silicon ions. The compounds which are used as binders have a ratio in Na20/Sio2 in the range of 2 to 4. Hydrolysis results in the formation of small Sio2 particles, which then gelates and forms a bonding phase between ceramic particles.