The production of schematic of the method can be seen below:

Nafis Silicate Sepahan Company is able to produce different types of silicate glue with different ratios from 25 to 60 Baume’s. in industry. The sodium silicate density is expressed in Baume’s which can be converted to specific density.

In the table below, the relationship between Baume’s and specific density is shown: 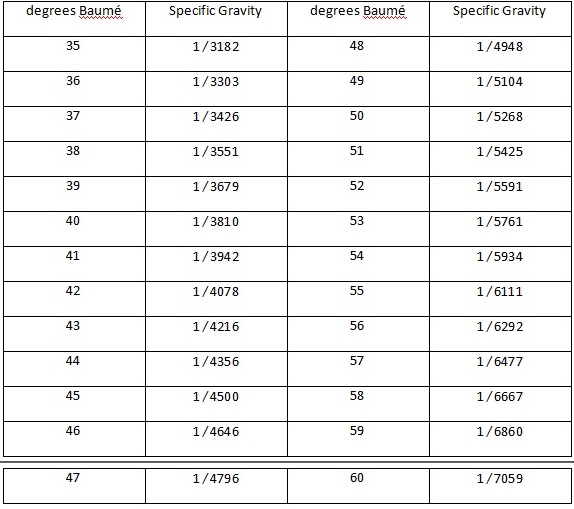 For example, to determine the density at 20o C, the density hydro-metering is used for sodium silicate.

Also, viscosity or viscidity is measurable by a viscometer device in terms of centipoises which is very important in glue industry.